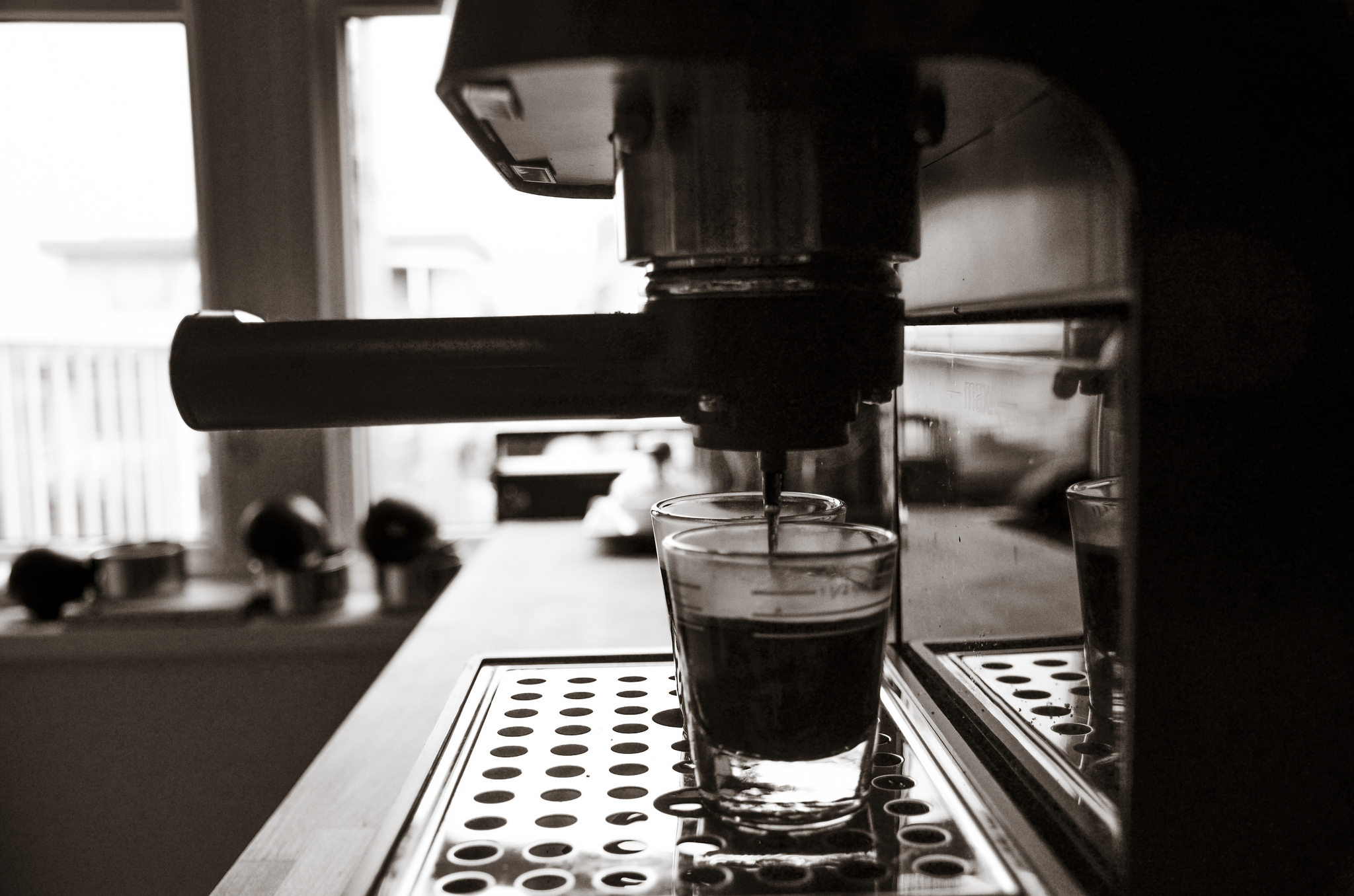 Althea and Ben were sipping feature espressos at their local indie coffee shop. “Althea,” Ben began, “I’m prepping for interviews with you-know-who, so I’ve been trying to read as many algorithm blog posts as I can, just to catch up on all the stuff I’ve forgotten now that Ive been working for a few years…” Althea died a little inside. That conversation. Programmers were notorious for taking interview questions extremely personally.

“Oh?” Althea tried to discourage Ben with overt disinterest. It was futile, of course: Ben carried on.

“Well, I was just reading a blog post about lazily generating prime numbers, and I remember being asked to write a program to generate primes back when I first entered the industry.”

Althea laughed. “If you’re thinking of the same post that I read, the algorithm is wrong! Or at least, terrible.”

Ben nodded. “I saw something to that effect on Hacker News, but since the article wasn’t precisely about prime numbers, I guess the OP1 thought it was ok.”

Althea frowned. “It’s never ok to post terrible code. It’s an enormous act of arrogance and hubris to think that just because you can write something and publish it to the whole world, that you therefore should just publish any old thing on your mind without taking care and consideration to make sure it’s right!”

“Somebody can and will ship it to production. Or foist it on impressionable interns as the Gospel Truth. Stuff like this is why the industry ignores forty years of CS research, and…”

Ben tuned out the rest of Althea’s rant, then resumed his anecdote when the storm subsided:

Ben pulled up the blog post on a laptop. “The code in the blog post was the most naïve possible mapping from the written description of the Sieve of Eratosthenes to code:”

Althea chimed in: “Naïve is right! This mimics what a child does when the sieve is explained to them for the first time. Given a big table of numbers, they start crossing them out using what we know to be modulo arithmetic: They scan forward number by number, counting as they go:”

Ben continued. “Yes, it’s naïve, but it’s terrible for other reasons: I dislike how everything is jumbled together. And it looks to me like the author was focused on showing how carelessly using an eager version of compact would break everything, rather than writing a good lazy sieve.”

“I figured I’d rewrite it from scratch. The main decision I made was to extract the sieve into its own object. In this day and age, there’s no need to be all fussy about pure functional programming if you aren’t actually using a pure functional language.”

“The important thing is to avoid terrible stateful anti-patterns and action-at-a-distance. So I created a Sieve, an object with a constructor and two methods of note:

“Given a sieve object, my generator for primes is much simpler:”

“So now to write the Sieve class. Instead of “crossing out” numbers in a list, I decided to merge lists of composite numbers together. Here is a generator that takes two ordered lists and merges them naïvely:”

“We need to work with ordered lists that are also unique, so this generator lazily eliminates duplicates in a stream:”

“As I worked, I needed to to get the first element of a list and the rest of a list on a regular basis. Here’s a helper that works very nicely with JavaScript’s destructuring assignment:”

Althea chafed at Ben’s style of going through all the preliminaries before getting to the main business. It was very academic, but not the most effective way to communicate how code is written and what it does.

With a flourish, Ben finally revealed his work. “Here is my MergeSieve class. It implements addAll by merging the new iterator with its existing iterator of composite numbers, and it implements has by checking whether the number provided is equal to the first number in its list. If it is, it removes the first.”

“And it works flawlessly!”

The exposition ran out of steam like a clock winding down. Ben looked at Althea, anxiously. “What do you think?”

“Ben,” Althea began, “This is much cleaner than the code from the blog.”

Ben nodded. “But,” Althea continued, “If you were to show this to me in an interview, I would ask you about performance. Does this improve on the original? Or is it the same thing, dressed up in nicer code?”

“Let’s look at the OP’s original code. For each prime, the algorithm stepped through the numbers, counting one-TWO, one-TWO, or one-two-THREE, one-two-THREE, and so on. So each prime stepped through all the numbers larger than it. Actually, there’s a prime-squared optimization, but roughly speaking, we can see that in the OP’s code, every number n must be touched by all the primes smaller than n, whether they are factors of n or not.””

“Melissa O’Neill calls this an ‘Unfaithful Sieve’ in her paper The Genuine Sieve of Eratosthenes.”

Ben thought about this, then agreed that for every number n, the OP’s code required an operation for each prime smaller than n. In the OP’s naïve sieve, checking a number like 26 required a comparison for the multiples of 2, 3, 5, 7, 11 and so on up to 23 even though 26 is only divisible by 2 and 13.

“Again, there’s a prime-squared optimization, but the larger factor for computing the time complexity of this algorithm is how many operations are required for each composite number. And in this respect, your algorithm is almost identical to the OP’s algorithm.”

“The ideal performance of the Sieve of Eratosthenes is that every composite number gets crossed out once for each of its factors less than its square root. Therefore, a number like 26 would get crossed out for 2, but not 3, 5, or any other prime including 13, its other factor.”

“So what we want is an algorithm where we only have to check a composite’s prime factors, and even then only those less than its square root.”

Ben looked a little glum. “Well, at least I’m hearing this from you and not from an interviewer trying to impress themselves by tearing me down!”

They both laughed wryly. It’s almost impossible to interview for tech jobs without encountering the phenomena of an interviewer who thinks the purpose of an interview is to make other people feel stupid.2

Espressos finished, Althea and Ben ordered another round and started pairing in the coffee shop.

Ben thought about Althea’s revelation. “We could use a set! Checking for membership in a set is more expensive than ===, but once we have a lot of primes, it’ll be way cheaper than doing comparisons.”

“But wait!” A thought struck Ben. “A set is great, but after finding that 26 is in the set, we need to remove 26 from the set and insert 28, the next multiple of two. We’d need to associate iterators with each of the values… So we need a dictionary.” 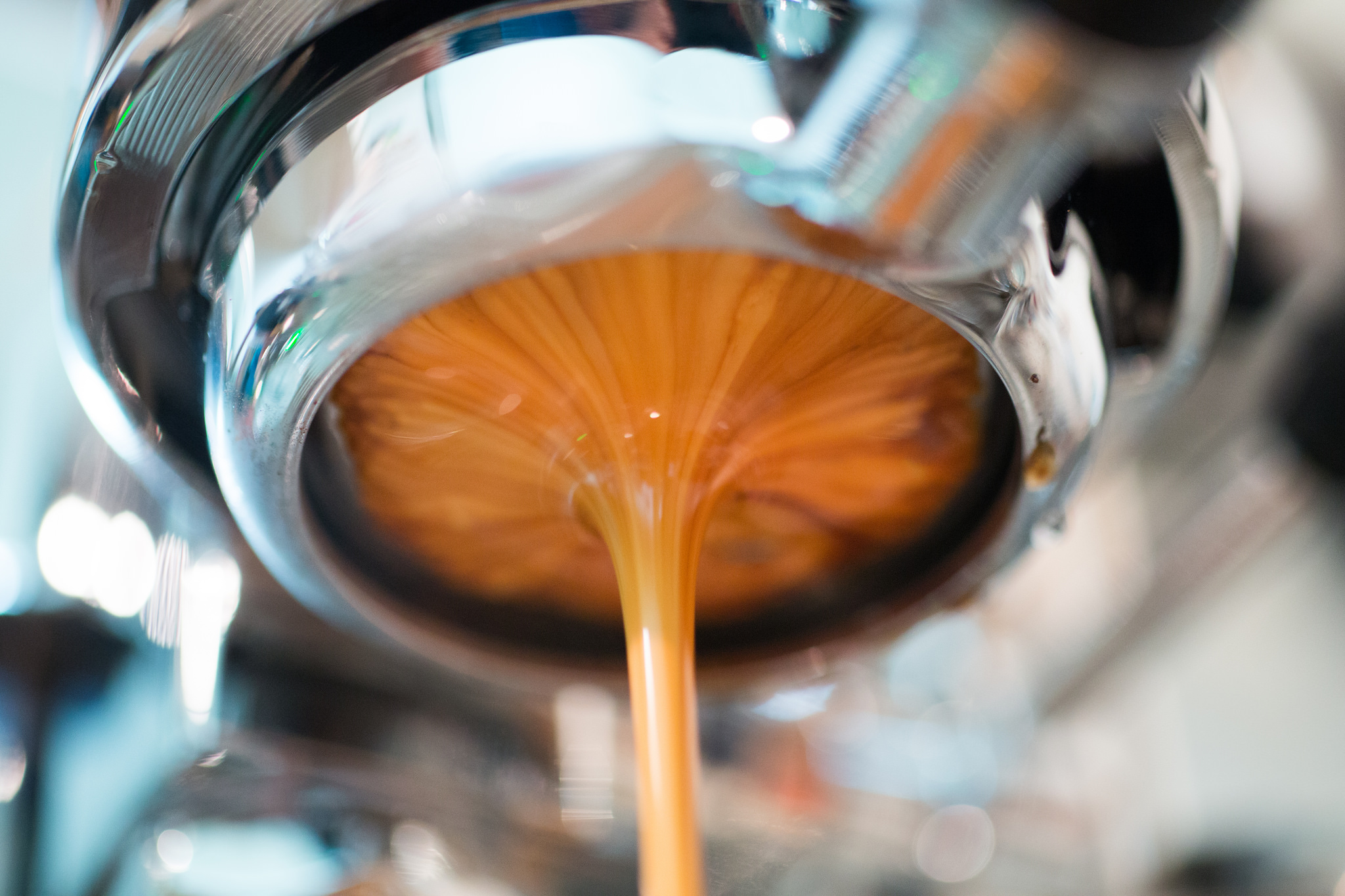 He spoke aloud as he walked through his new implementation:

“Thus, _remove is always relocating iterables to their next higher number. When two or more iterators end up at the same index (like 12), all get relocated.”

“This is much better than my original MergeSieve. The check for has involves the constant overhead of performing a hash lookup, of course, and that is more expensive than the === test of MergeSieve. But what happens when each sieve removes the no-longer-needed number?

“As the numbers grow, primes become scarcer, but the total number of primes grows. Therefore, MergeSieve gets slower and slower as it is performing operations for each prime discovered so far. HashSieve catches up and then gets relatively faster and faster.”

Althea congratulated him. “You’ve got it!”

“So,” Ben smiled, “I guess the problem as that the OP had the hubris to write about a lazy algorithm, but not one that was impatient enough to run quickly!”

“Absolutely!” Althea was reassuring. “This has improved on the OP’s code style and performance. And now you’re ready to discuss the Sieve of Eratosthenes with greater rigour.”

“What’s there to discuss?” For someone who had only hours before written their own Unfaithful Sieve, Ben was was exhibiting some hubris of his own: “This is way faster. Given the number of broken sieves on the internet, I’ll bet this is better than anything the interviewer sees from anyone else.”

Althea tried her best Han Solo impersonation: “Don’t get cocky, kid! After all, if I could read The Genuine Sieve of Eratosthenes, so could anybody else looking for a job. And besides, that’s not the point.”

“The point,” Althea said patiently–Ben was, after all, a friend–“The point is that even when setting out to implement an algorithm with the best of intentions, a small error in the selection of a data structure can have a major effect on its behaviour.”

“So the lesson is, studying algorithms is not about studying abstractions. It’s about the implementations, at every level of detail.”

Ben considered. “Ok, fair enough. In that case, how do I know whether the hash table implementation is fast enough?”

Althea grinned: “If you do some more research, you will discover that this is not the fast-est implementation. But for production code, with all of the requirements and trade-offs that come into play, it may be fast enough.”

“After all, we can’t keep tweaking the same thing over and over again for diminishing returns. We need to move on and find big gains somewhere else. That’s why impatience can be a virtue: We programmers should always be hungry for important work to do.”